The Kahimunan Festival is known to be the biggest in the Caraga region. It is a thanksgiving celebration to its patron, the Santo Niño, and was founded in 1987 by Rev. Fr. Juanito Belino, the first head priest of Libertad parish. Furthermore, this annual occasion also aims to promote neighboring local tribes’ vibrant culture and rich traditions as they continue to co-exist with city folks even up to this very day. 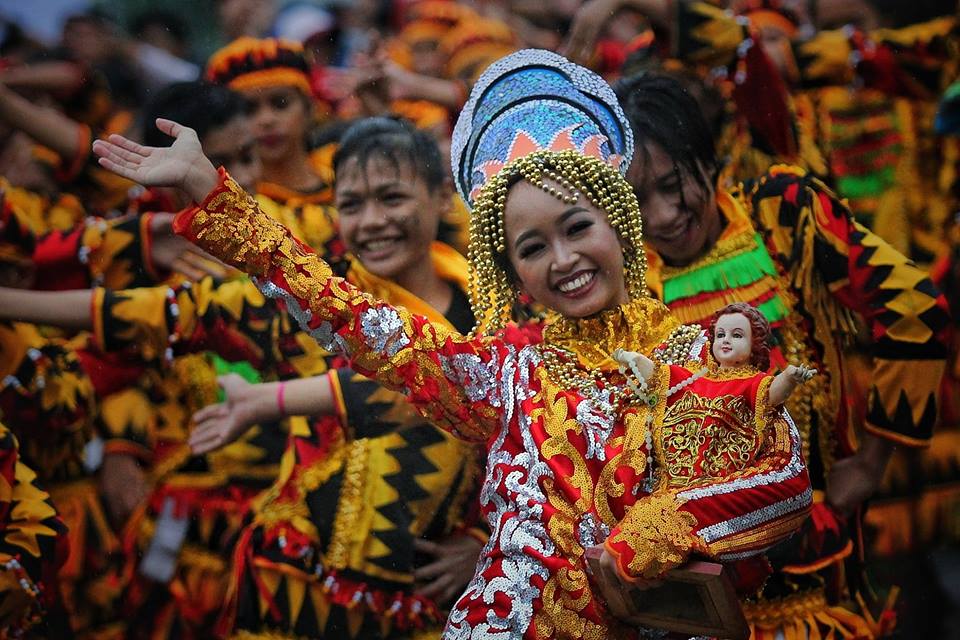 The lumads of Agusan start the planting season by gathering together performing a series of rituals called the kahimunan. It is characterized by chanting, singing and playing, and is usually accompanied by indigenous musical instruments such as the gimbor (drum), gong, and bamboo instruments called kalatong and kotik.

The last time I witnessed this psychedelic festivity was wayback in high school. I can still recall that feeling of euphoria me and my friends had walking and chanting along with the participating contingents. Almost two decades later, I did the same. It felt the same.

Just a week ago, we successfully concluded our second Mind the Now mobile photography workshop here in Butuan. One of the group’s goals was to experience the Kahimunan Festival together. I planned for these two events to be in sync not only because I am a firm believer of this “hitting two with one” axiom. I also knew it would be a good time for the attendees to test-drive their workshop takeaways.

Despite the storm warning raised by the PAGASA, we braved the elements doing what we love. Our bodies dampened but spirits not, we flocked the Butuanon streets head on capturing and seizing these moments of grandeur.

This year’s Kahimunan Festival was participated by seven contingents, all hailing from different parts of Mindanao. Here’s a complete list of the seven groups with their respective contingent queens who, just like us, braved the rain and danced their way to the Butuan City Sports Complex.

This contingent comprises the group Lakbay Teatro from Butuan City Colleges. They represented Brgy. San Vicente, one of the bigger barangays in the city.

This group came all the way from Bobontugan, town of Jasaan, a second-class municipality in the province of Misamis Oriental.

This out-of-town contingent is from the Esperanza, Agusan del Sur, that included students from Hawilian National High School.

This group can somehow be considered first-timers after being on hiatus for 10 years. Their comeback was truly remarkable because they managed to earn a couple of awards, including a major one. The group consists of students and faculty members of the Philippine Electronics and Communication Institute of Technology (PECIT).

Deemed to be among the top contenders, it was to everyone’s surprise that they didn’t walk away with a prize. This contingent is from Mat-i National High School (MNHS) in Surigao City.

This contingent is from the Pag-asa Youth Association of the Philippines (PYAP). It consists of most of Butuan’s out-of-school youth, who found solace and refuge in the said organization.

This last contingent is from the nearby City of Gingoog. Tribu Higaonon is comprised of students from Kalipay National High School in Gingoog, Misamis Oriental.

Trivia: Did you know that the name Higaonon is derived from the words higa meaning living, goan meaning mountains, and the word onon, which means people? This nomadic tribe, also named “people of the wilderness”, is one of the last few ethnic groups that inhabit the hinterlands of North-Central Mindanao. (Source: Things Asian)

After the contingents’ intensely glorifying performances in front of thousands of spectators, both on the grounds and on the bleachers, everyone held their breaths while waiting for the announcement of winners. Then, this jubilant clamor happened!

The Best in Choreography, Best in Musicality, Best in Costume and Best in Street Dancing awards were all won by Tribu Higaonon, who also turned out to be Kahimunan Festival 2019’s Overall Champion. They were followed by runners-up PECIT Performing Ensemble and Tribu Bossfer Bobontuganon.

After all the excitement, we went back to our hotel shivering cold, like a frostbite waiting to happen, but with hearts filled with inexplicable joy.

But I wonder, where to go next?