Time Traveling in Negros: The Charms of Silay City

Heritage Tourism is a popular aspect of tourism in which the main purpose of traveling is to explore the heritage and history of a certain location. It may include activities as simple as museum visits so we can have a glimpse of the place’s history, or you may also try different delicacies and cuisines offered.

For people like us who are very passionate about culture and history, the Philippines is a perfect travel destination. Given the fact that it has been colonized by several countries for hundreds of years, the Philippines have its fair share of valuable stories, beautiful places, and enjoyable activities.

Each region of the country boasts its cultural and historical treasure and it could be a challenge to choose where to go. 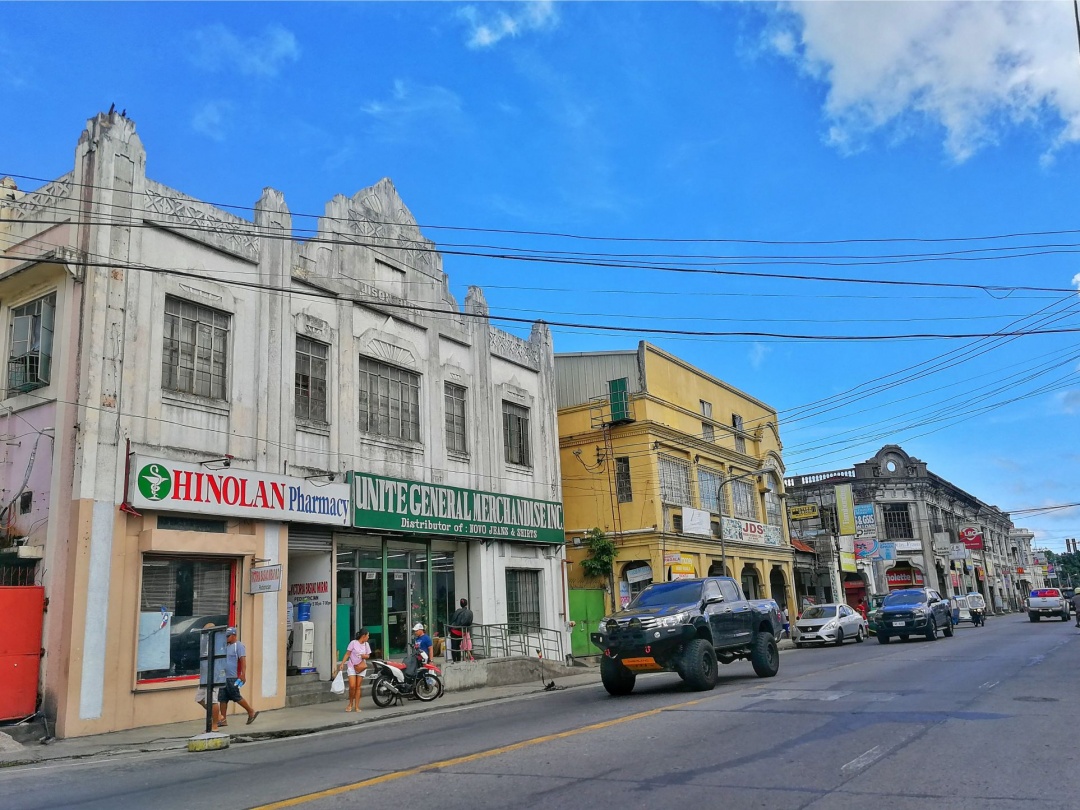 Travel Back in Time at Silay City

The quaint city of  Silay is situated at the northern part of the Sugar Land, Negros Occidental. It got its name from the tree that grew up in the place where the maiden Kansilay was buried. Kansilay is the daughter of the village chieftain Bubog who fought and died protecting their village from marauding bandits. 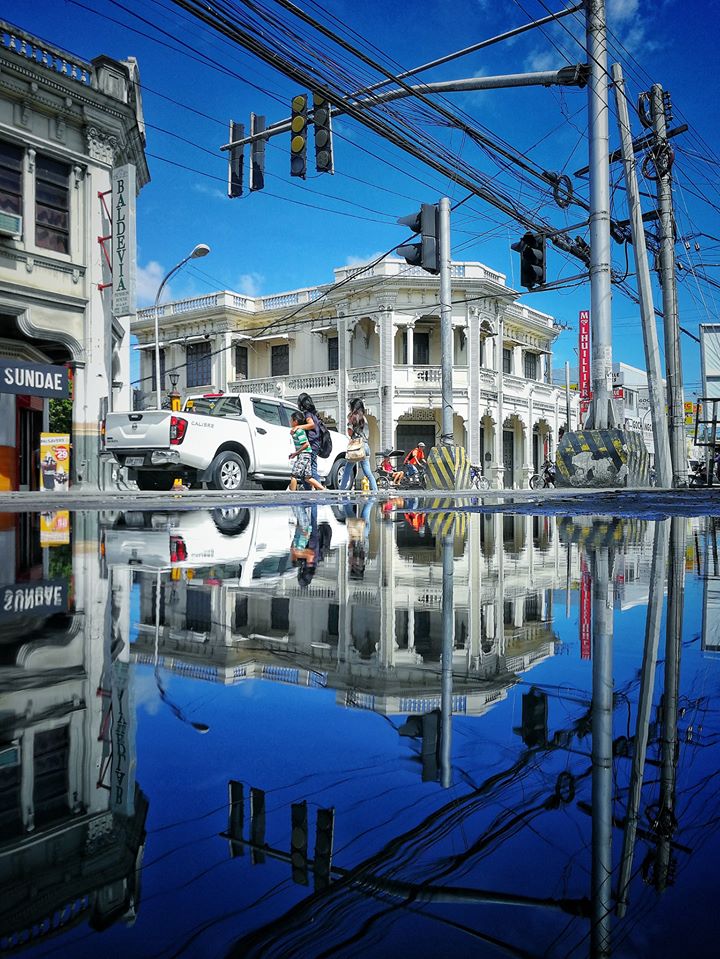 It was the center of culture and arts in Negros during its golden days. European architecture is very evident in the carefully preserved houses and mansions in Silay that is why it is often dubbed as the “Paris of Negros“. As proof that the people of Silay City have high regard and value to their past, more than 31 historical and ancestral homes, buildings, and other structures are being recognized in the city. Some of these structures are now converted into business establishments while some were turned into museums that were made open to the public.

Here are some of the best places to visit in Silay City’s Heritage Zone:

On November 5, 1898, the first exchange of shots between the Spanish and Filipino troopers took place at this particular location. Also in this location is where the men from Gen. Lacson’s group gathered together then raised the Philippine flag. 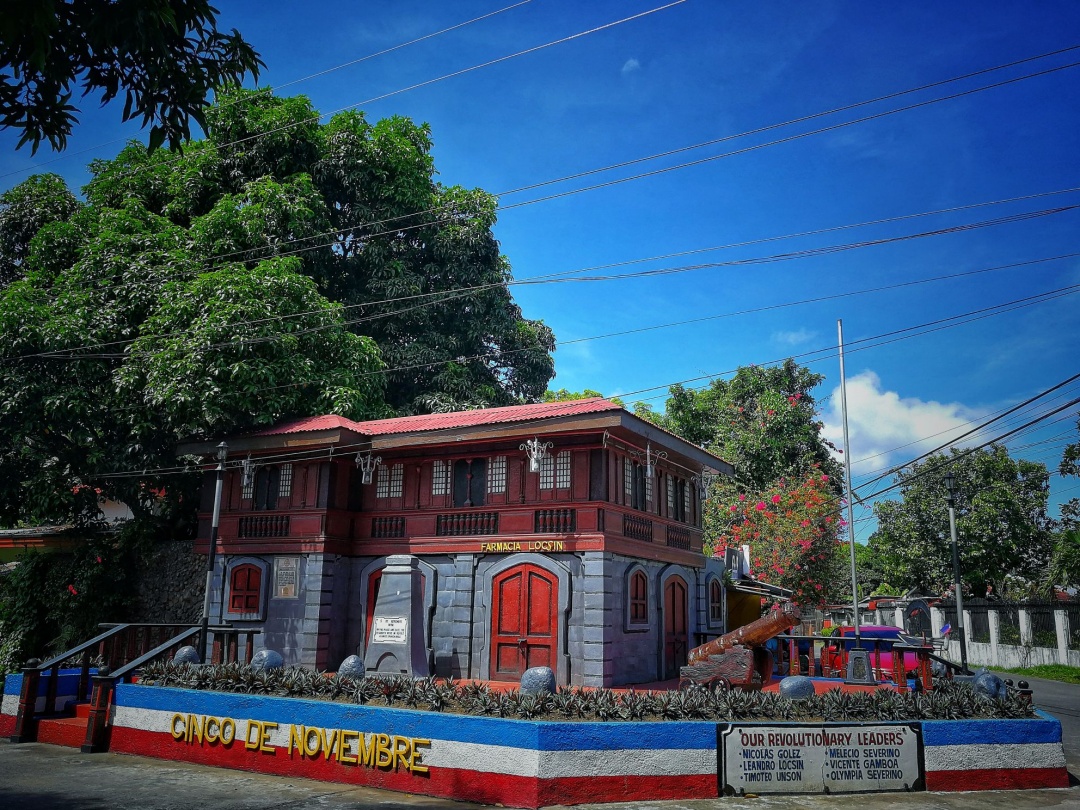 This museum is an ancestral home that was established in 1934. This houses the artworks of world-renowned artists such as Pablo Picasso and Francisco Goya, the writings and other works of Gat Jose Rizal, and paintings of Felix Hidalgo and Juan Luna. The smallest dolls in the world can also be seen in this museum. Silay Printmaking, the oldest printmaking workshop outside the Philippine capital can also be found here. The said printmaking workshop was established in 1970.

This is one of Silay City’s largest ancestral houses. The house was built in 1898 to 1912 by a Frenchman named Yves Leopold Germain Gaston. He was an influential businessman who took an interest in massive sugar production. Eventually, during the Second World War, this house was occupied by the Japanese colonizers. The house was restored and reopened by the Negros Cultural Foundation in the late 1980s as a grandiose museum. 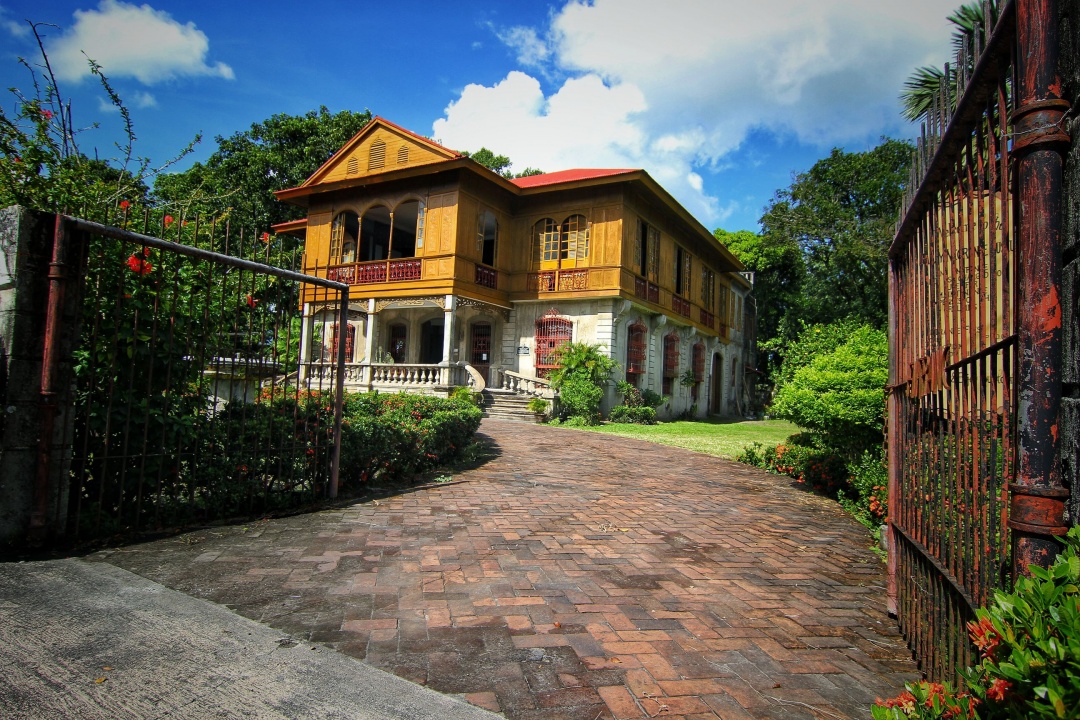 Originally started Cesar Locsin some time in the 1920s, El Ideal is considered to be the oldest bakeshop is Silay. It is not just a historical landmark but a completely functional bakery also. If you are a foodie looking for something rustic and bang for the buck, El Ideal is a must-visit.

Completed in 1908, this house was first owned by Don Bernardino and Dona Ysabel Jalandoni. Known to many as the Pink House, the museum houses relics and remnants of old Negros.

What’s remarkable about the Jalandoni house is the mixture of native and foreign inspirations. 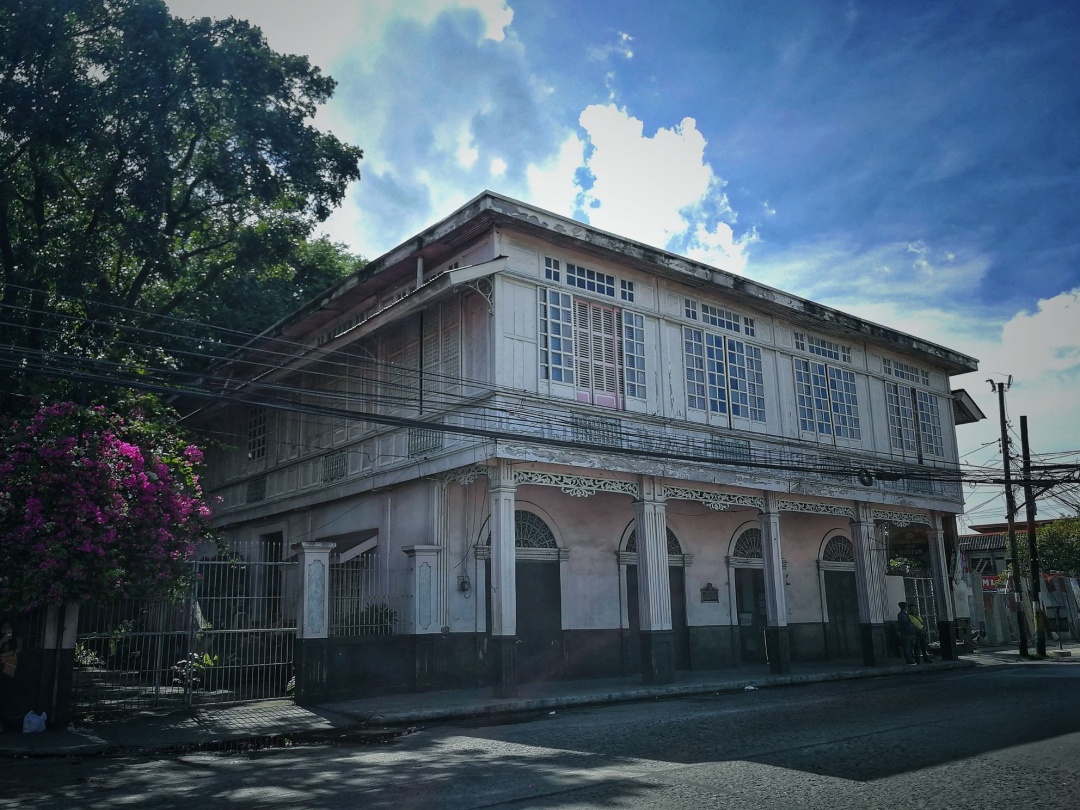 This church is the center of the catholic faith of the Silaynons.

Originally built in 1925 by an Italian Architect named Lucio Bernasconi through the donation of sugar baron Don Jose Ledesma. The Romanesque design of the church makes it a stand out among others. 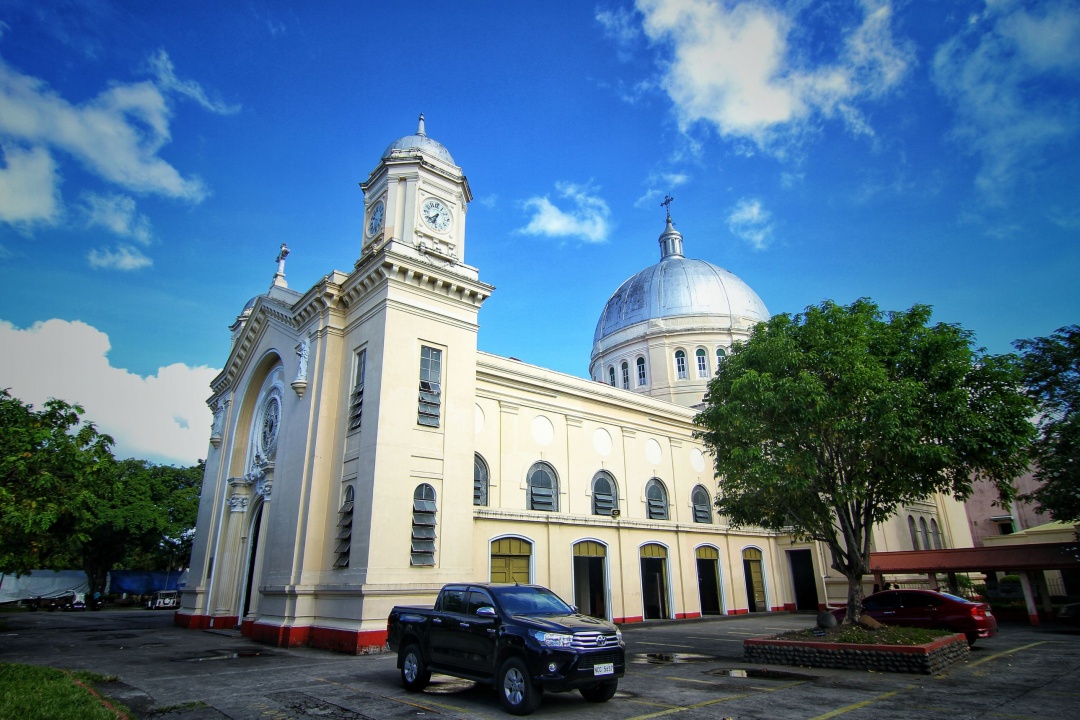 Declared as a heritage in 1993 by the National Historical Institute, this neo-Spanish ancestral house is one of the first heritage houses to offer an overnight stay. 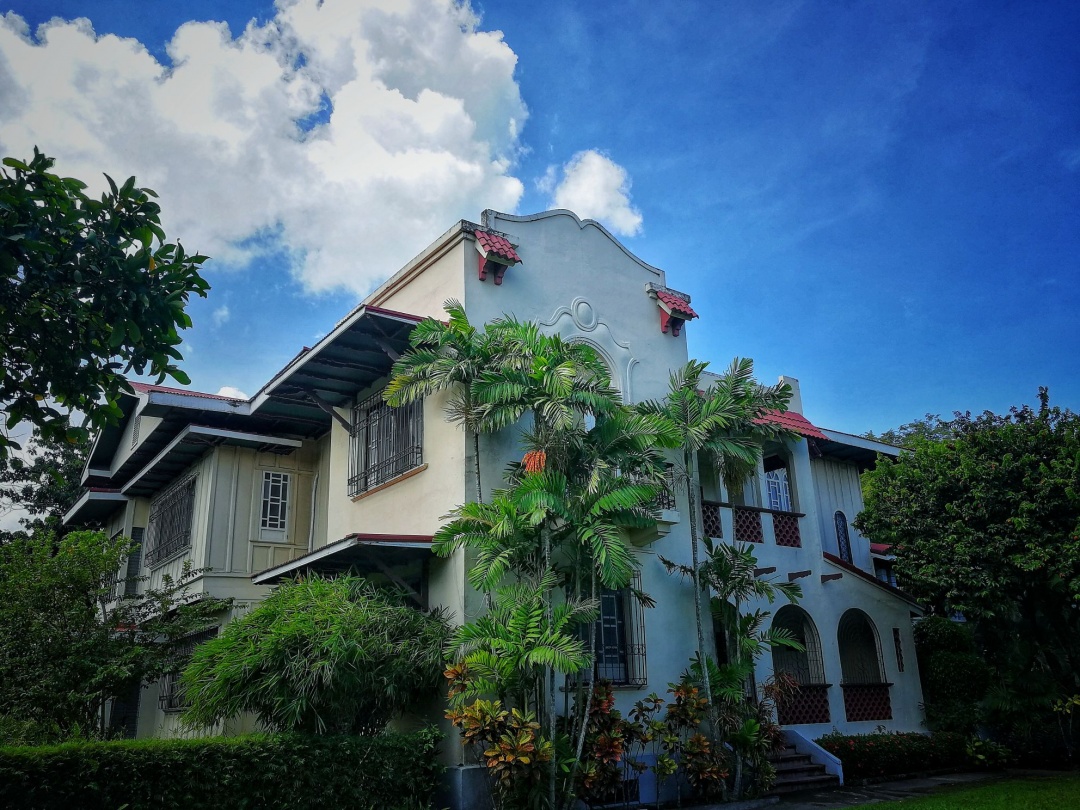 This house is a stand out among the heritage houses in Silay. It showcases a classic bahay na bato façade which is possibly from late Spanish colonial period to the early American period. 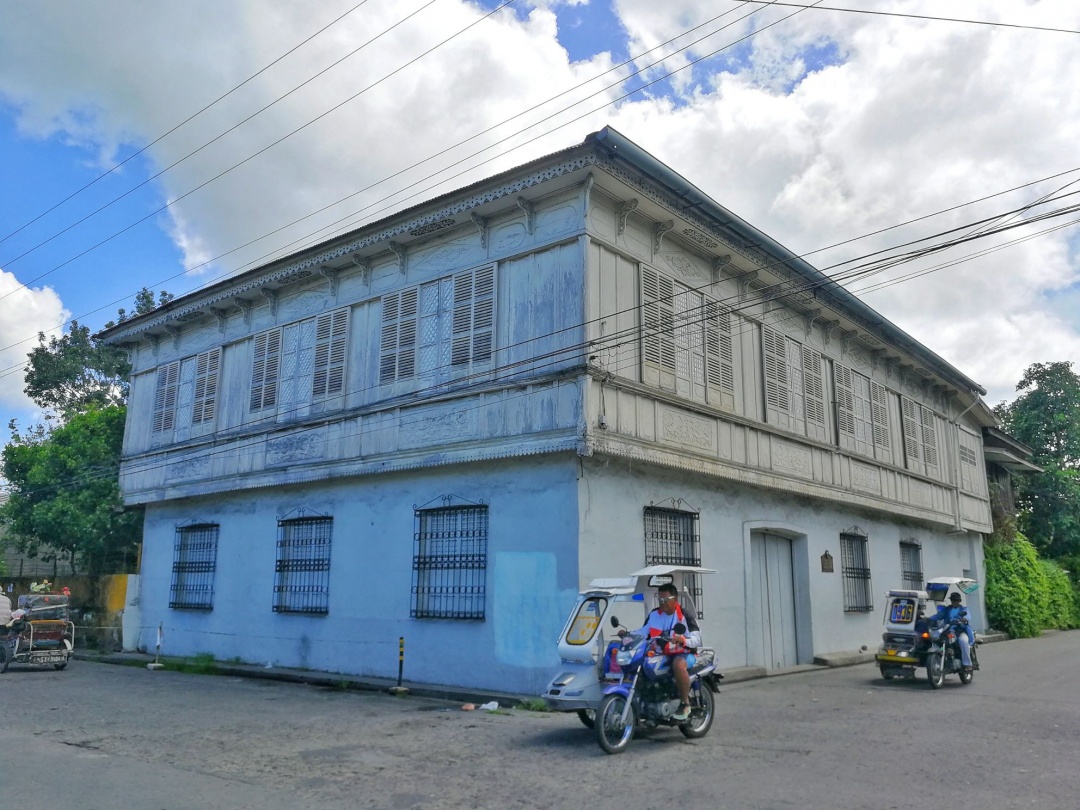 This is the oldest ancestral house in Negros. Just like the Montelibano house, this house dates back to the Spanish Colonial to the early American Period and it follows the typical Visayan bahay na bato construction. 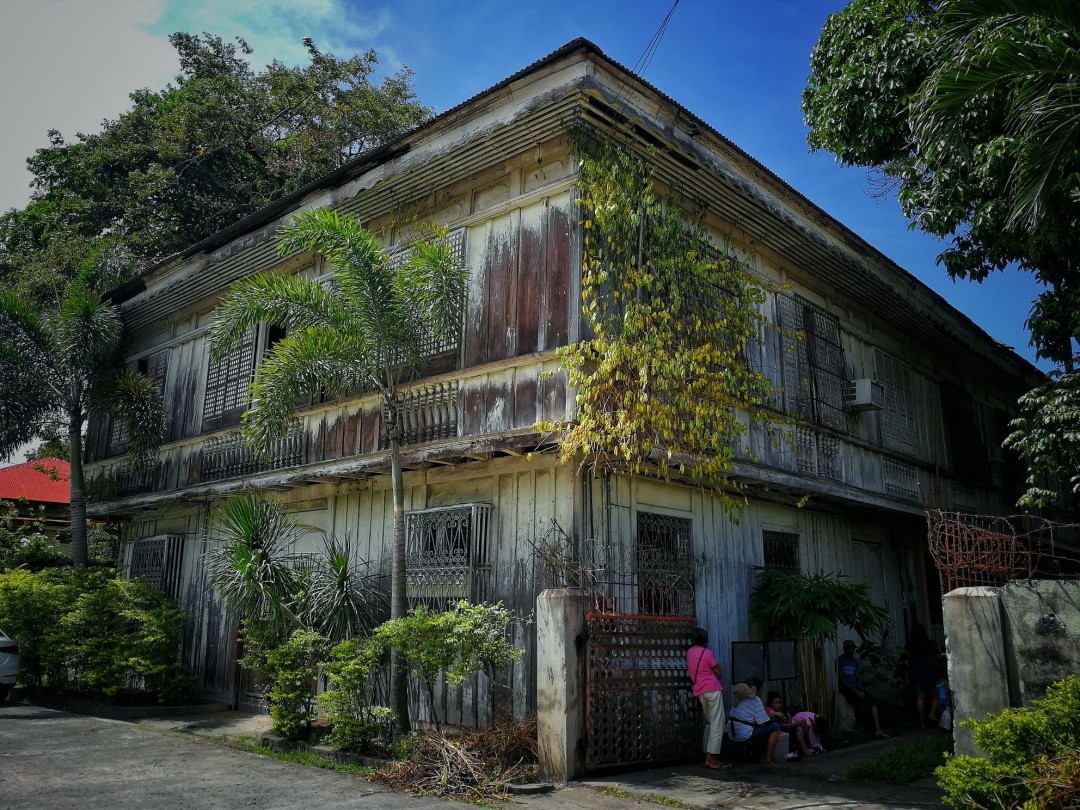 Dubbed as The “Oro, Plata, Mata” House. It was in this house where the renowned film director shot his film Oro Plata Mata. Unlike other ancestral houses in Silay, the Jose Gamboa Ancestral House is not open to the public. 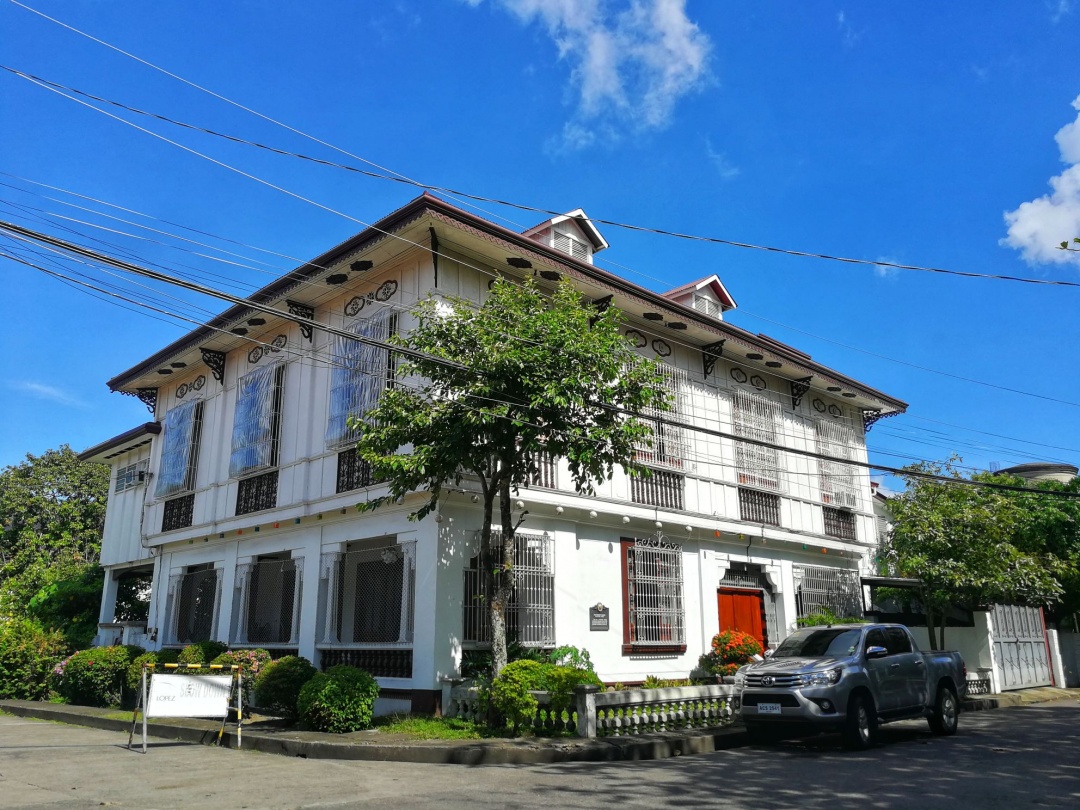 This neo-classical house was built in 1925 by Italian architect Verasconi and was home to National Artist Leandro V. Locsin. The 2-storey house is made with concrete and wood. 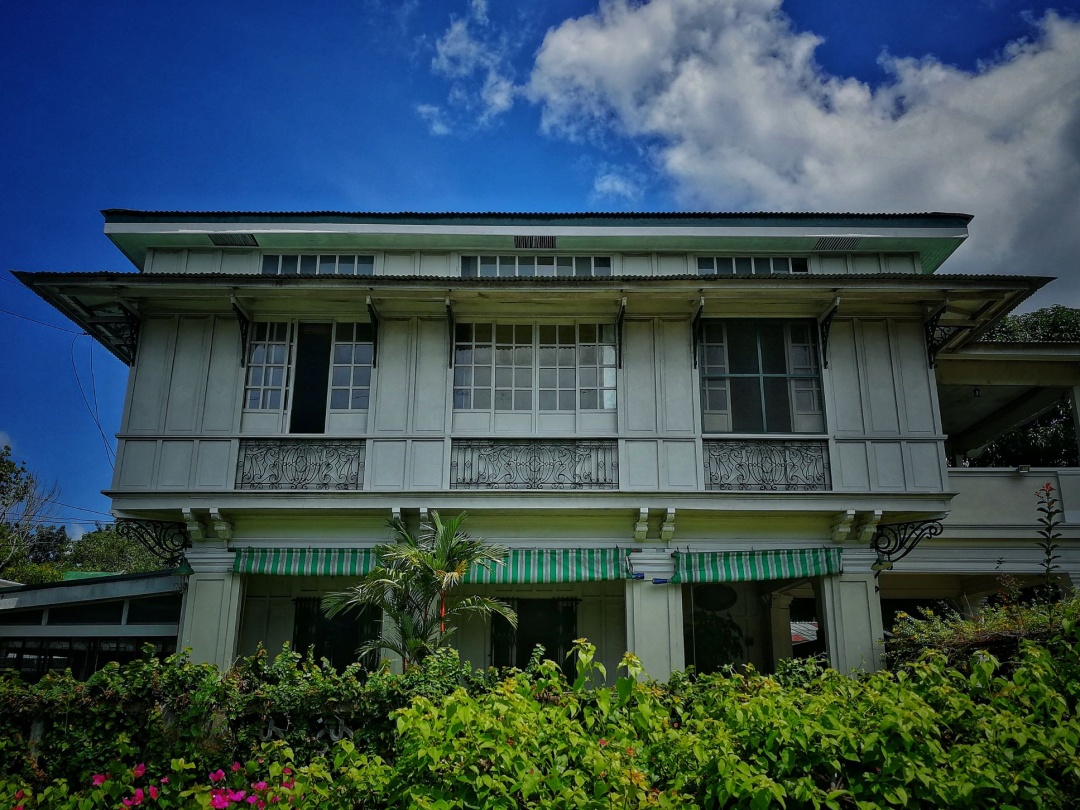 Insider Tip: This is where Cafe 1925 is located. For foodies who are looking for something that is unique to Silay, this is the place.

Often called as the White House, this 2-storey heritage house ia owned by the family of Teodoro Morada. The house is a fusion of Spanish and American colonial architecture and due to its cultural, architectural, and historical significance, the Teodoro Morada Ancestral House is recognized and declared heritage houses of the Philippines. 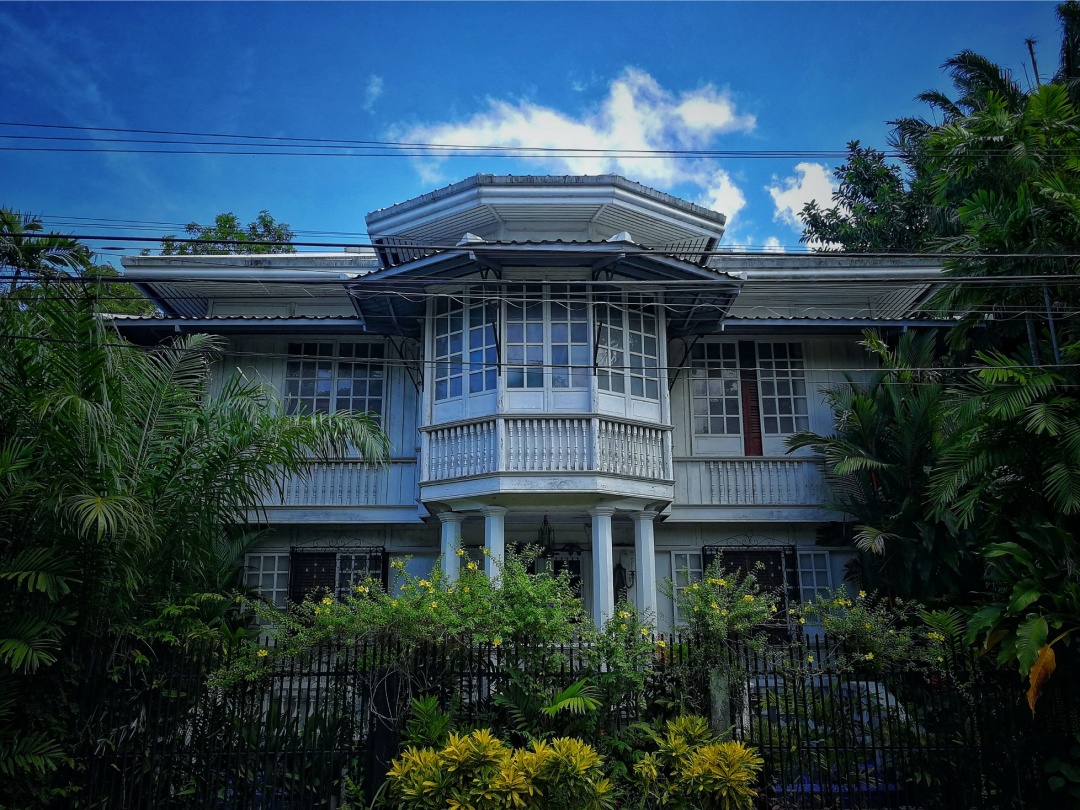 The Jose Corteza Locsin Ancestral House is among the well-preserved house in Silay. It was built in Art Deco architecture during the 1930s and was owned by Jose Locsin, a Filipino doctor, and politician. Aside from the original furniture of the house, Amorsolo portraits are among the things you should check out. 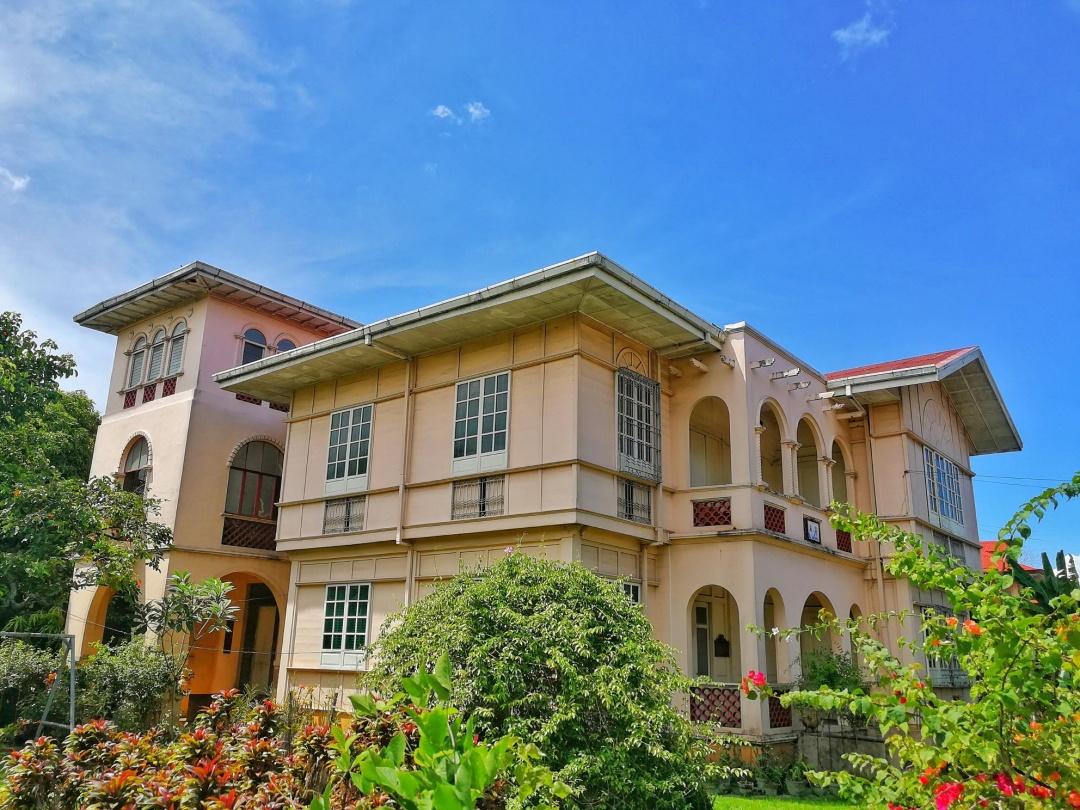 This building of  Art-Deco structure was the first department store in Negros. According to locals, it has the same vibe of Binondo’s historic east-west street, Escolta. It is now known as the Baldevia building and it houses mostly commercial businesses in the city. A classic example of a townhouse, the Maria Ledesma Golez Ancestral House has living spaces on the upper floors and commercial spaces on the lower. This Art Deco structure was purchased by RCBC in 1992 which restored the house and its interiors to its former glory. 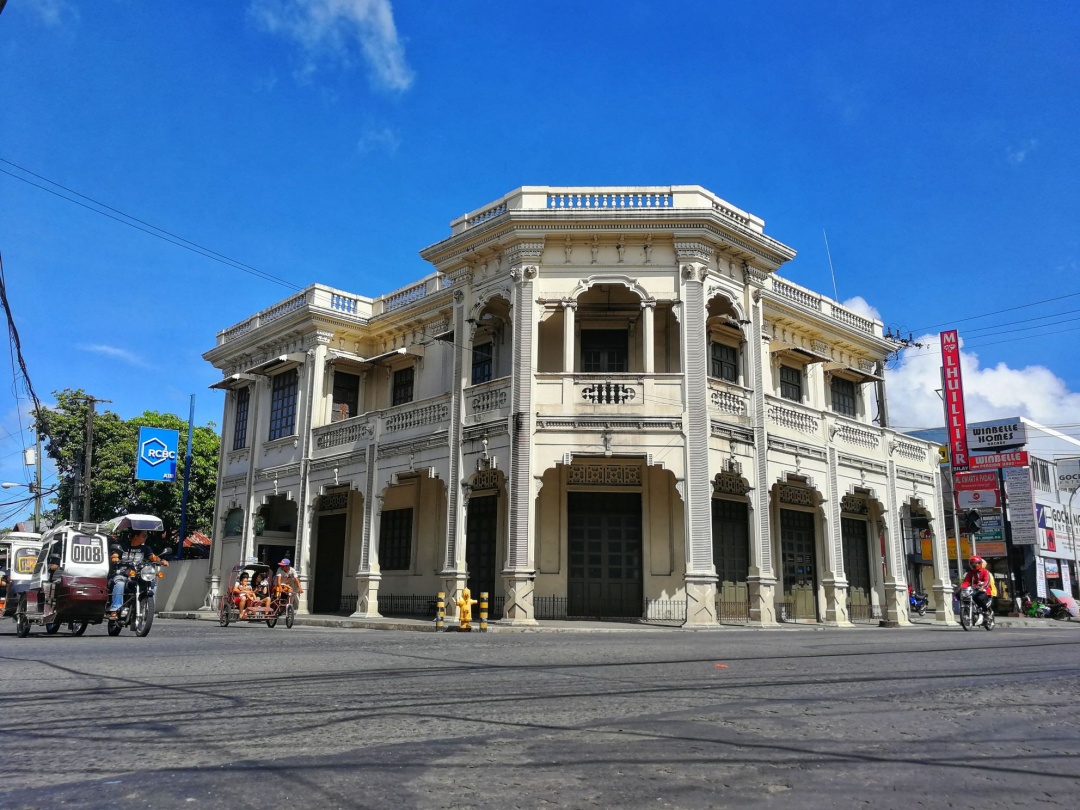 Dubbed by the locals as the Green House or Balay Verde, this heritage house was built in the 1930s and it combines the American clapboard and Colonial Plantation style. Most of the materials used in the construction came from the family’s lumber business.

Currently, this house serves as the headquarters of the Silay City Cultural Office.

The Digna Locsin Consing Ancestral House is a two-story French-American heritage house owned by the Consing family. Because of its cultural and historical significance, NHCP declared it as heritage houses of the Philippines. Built in 1917, this ancestral house is home to Jose “Pitong” Ledesma, a renowned Silaynon pianist, conductor, and philanthropist. He is known for his sonata “Tanda de Valse”  which was a masterpiece. On several occasions, Pitong Ledesma brought operettas and zarzuelas to perform in Silay. 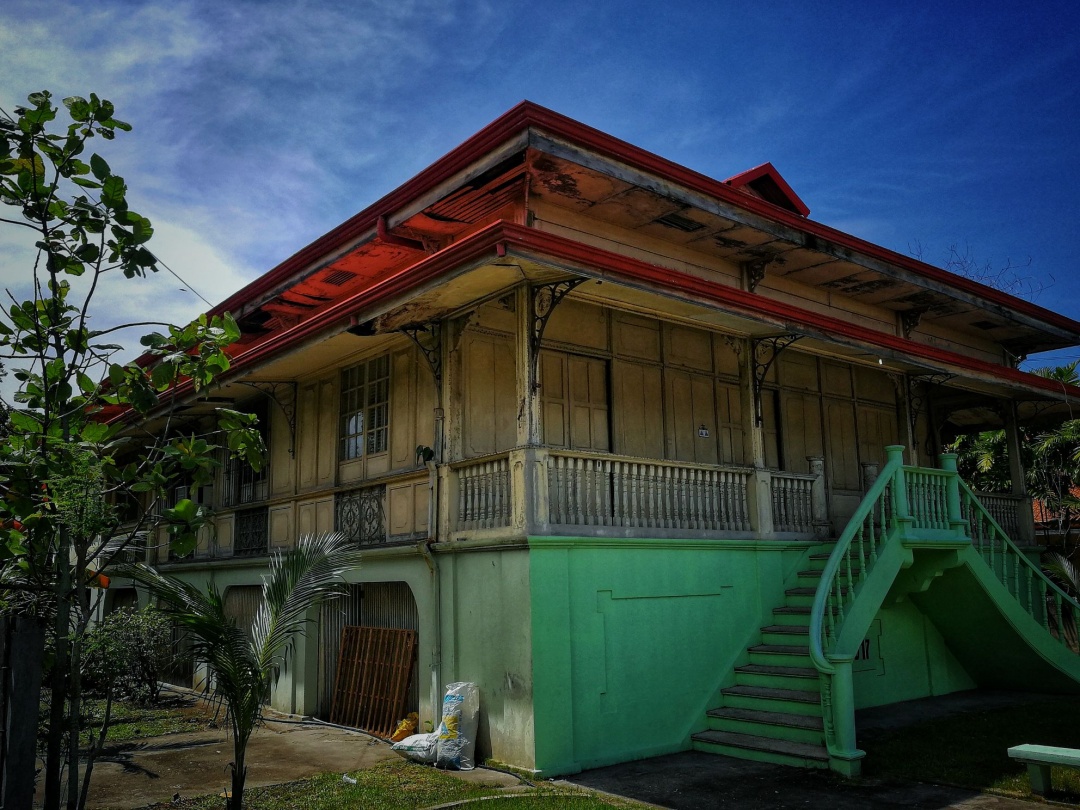 Originally owned by the Jison Family, this ancestral house is a 2-storey of Art Deco style. It is just across the Balay na Bato (the Montelibano house) and it was recognized by NHCP as heritage houses of the Philippines. 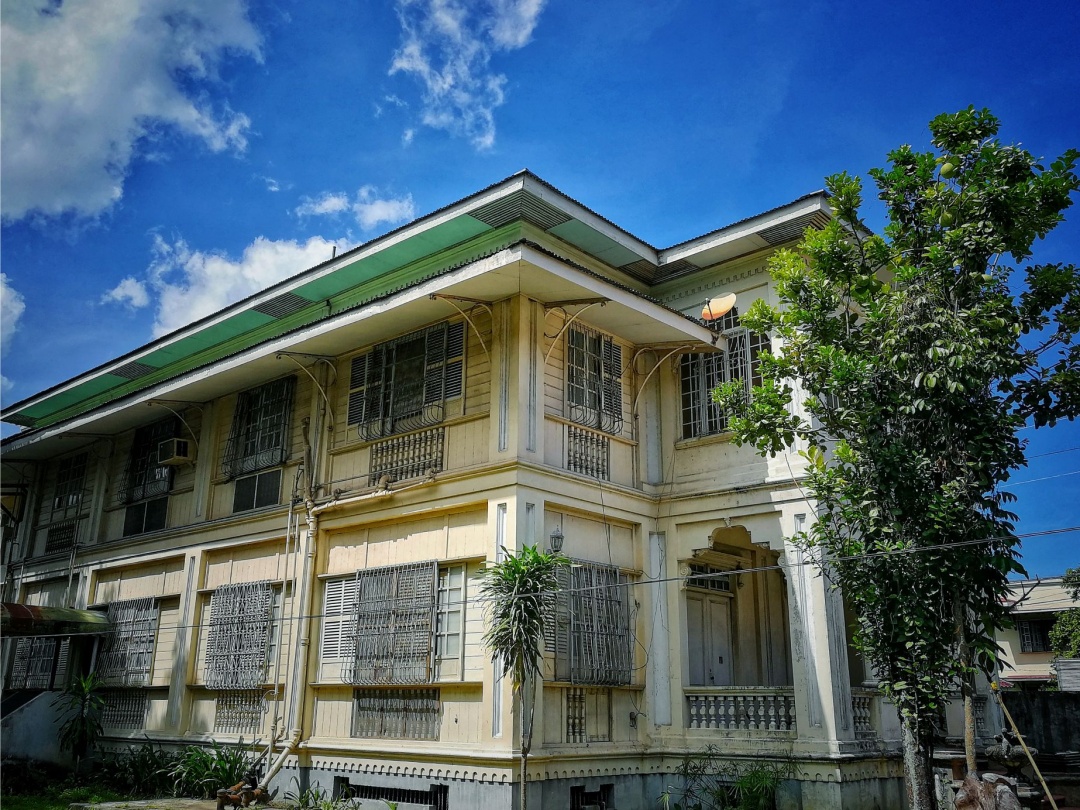 Built in 1933 by the Italian architect Lucio Bernasconi, this port, with an approximate length of 1.7Km was considered as one of the longest ports in Asia. During the Japanese occupation, the port was badly destroyed by bombs and was left abandoned since then.

Other notable buildings in Silay are the following:

To say that Silay City is a perfect place to go for people who love a combination of history and traveling is an understatement. Silay City can surely satisfy someone’s hunger for an amazing view, awesome food, rich culture, and a remarkable experience.

Visiting Silay City will truly become a once in a lifetime experience for anyone who decides to go here.