Lechón (Tagalog: Litson) is a term that originated from Spain, which means suckling pig. In the Philippines, it is implied as roasted whole pig that we call lechón baboy. Roasted chicken and beef are also popular versions, especially in special occasions.

The process of cooking lechón involves the whole pig or piglet, cattle or calf, or chicken that is to be slowly roasted over hot charcoal. The same method is used in cooking Chinese peking duck, Balinese guling celeng, or Western suckling pig. This day-long and laborious method of roasting creates a crispy skin and very moist meat inside.

Lechon is common during national festivities or barrio fiestas, holiday seasons, and other special occasions such as weddings, birthdays, graduations, baptismals, or family get-togethers. The lechón is the highlight and the most popular dish during these events. It is served with a liver-based sauce or simply just soy sauce and vinegar with lots of siling labuyo (or not) — anything to your liking. However, it may also be served Chinese-style with a sweet plum sauce and steamed buns.

Another version of lechon is called the lechon kawali. It usually involves boiling of pork meat, then frying the smaller pieces until its skin becomes crispy while the meat inside stays tender and juicy. Leftover lechón in the Philippines becomes easily recycled into lechón paksiw, which is another palatable dish from the Philippines.

Lechon was originally introduced as a part of Spanish cuisine and can be found in many Hispanic countries. Leche means milk in Spanish and lechon originally meant suckling piglet in a milk-based broth. Other historical evidence traces the origin of lechon to Chinese immigrants. 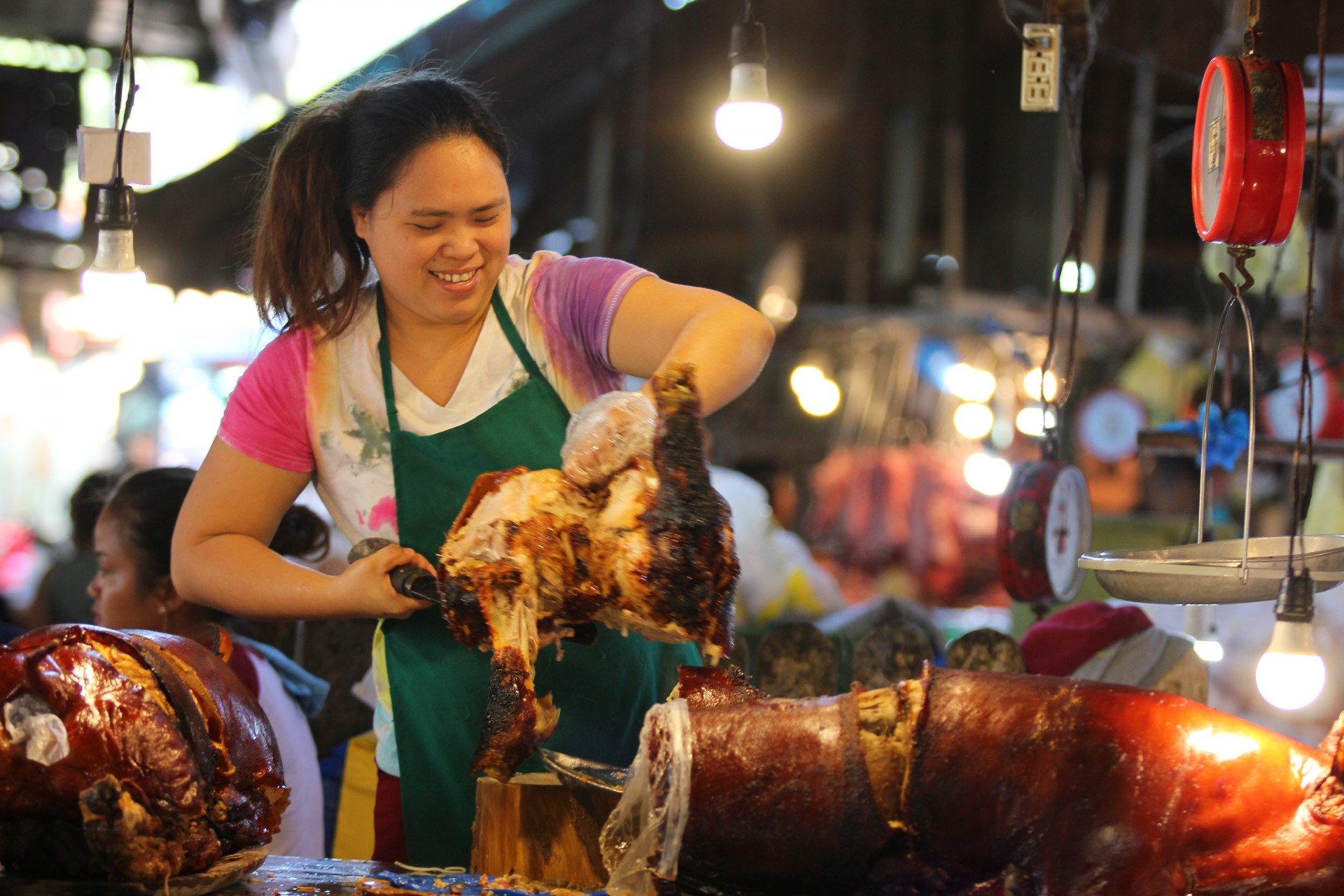 Feasting on the famed Cebu Lechon has already been included in the itinerary of most tourists who come to visit Cebu. Many would say visiting the Queen City of the South will never be complete without visiting the Magellan’s Cross. However, food enthusiasts would rather say their dining experience will never be complete without tasting the province’s infamous lechón.

And where else can they get the best lechon in Cebu? Here’s our Top Choices:

CNT Lechon
According to most Cebuanos and those who have tasted them, they are the crunchiest of Cebu lechons!
Telephone: (032) 254 6641

Alejo’s Lechon
One of the earliest and well-known lasting lechon makers to date that serves traditional roasted pigs
www.alejoslechon.com
Telephone: (032) 261 8575


For Boneless Lechon lovers, never dare to miss these places:

For our foodie friends in the North, try Gogoes Cebu Lechon in Poblacion, Liloan. They serve the best-selling Lechonok, a whole Cebu Lechon stuffed with whole Lechon Manok. You may reach them at this number, +63920-4400019.

If you are in the City of Talisay, you may check out the best lechon in town.

If you’re into road tripping, head down south and check out the famous lechon of Carcar City. They are sold right at their public market. You wont be having hard time finding the place as it is one of the most visited spot in the city. If you’re not into their legendary Chicharon, their lechon is a must buy when in the city.

Eating lechón can really be very gruesome and messy, since its natural oil can come out like there’s no tomorrow. If you want to minimize its greasy aftertaste, you must order a small serving of ampalaya or bitter gourd cooked with eggs, or ensalada, which is a sweet-and-sour salad of young papaya, carrots and red bell pepper. And true to the Cebuano tradition, most of these places offers pusô aside from the usual steamed rice. Pusô is rice wrapped in coconut leaves then boiled in water. Pusô has a delicious aroma compared to the regularly steamed rice because of its leaves.

Did we miss something? Please feel free to add them up on the comment box.