“Everything in moderation” is a fairly good motto to live by. However, in many fictional mediums often the necessity for such mottoes is effectively bypassed. If we chowed down on takeaways every day of our lives then we’d probably be more than a little unhealthy and missing being able to see our toes. However, this is not true for the majority of cartoon characters (unless one of their defining characteristics was already being somewhat portly, of course). Here follows a list of some of cartoons’ most enthusiastic takeaway eaters (who, curiously, are all animals in some shape or form); where it all goes, nobody knows.

Nobody really knows what Scooby Snacks were meant to be (although there have been attempts at making them edible for both people and dogs), but we have some ideas. Scooby was often accompanied in his junk food binges with companion Shaggy, who had an appetite that seemed to suspiciously rival his own. If not attempting to satisfy his perpetual hunger, Scooby is either being bribed into doing things with food or else demonstrating the other major part of his character – his extreme cowardice – by running away.

The Samurai Pizza Cats perhaps get let off most lightly due to the fact that they were the ones running the pizzeria rather than habitually eating there. Set in the city of Edoropolis (which featured a mash-up of Japanese feudalism and nineties culture) and filled with cybernetic anthropomorphic animals, the setting was hardly a conventional one (but definitely more interesting than pizza delivery Fulham). The series’ main characters gave the Teenage Mutant Ninja Turtles a run for their money (there were even a few blatant tongue-in-cheek nods aimed at them), successfully fighting crime when they weren’t doing their day jobs.

Sonic the Hedgehog is arguably another cartoon character whose metabolism could keep up with his excessive eating (although sometimes Tails wasn’t so lucky). Sonic’s penchant for chilli dogs was never really explained in the cartoon series, while it never even appeared in the early games. Real hedgehogs, aside from being nowhere near as fast, have a diet that can range from insects to other small animals; it arguably wouldn’t have looked very good if Sonic started eating his friend.

The Teenage Mutant Ninja Turtles’ fondness for pizza was a prominent feature of a number of their television series. Indeed, pizza managed to be a plot point during numerous episodes (perhaps most prominently in the one where some meatballs used as toppings turn out to be alien eggs). In real life turtles usually only eat healthy things such as salads, although it could be argued that these man/turtle hybrids can afford to have a little flexibility in their diet (plus we suppose they do get the exercise necessary to burn off those calories).

Garfield has perhaps the least excuse for eating as much as he does, and it shows. A rather rotund orange tabby cat, Garfield was, rather aptly, born in the kitchen of an Italian restaurant, apparently living off pasta and thus nurturing his notorious fondness for it. When not eating, sleeping or abusing Odie, Garfield occupies his time with causing mischief for his long suffering owner Jon. Insisting that he is not overweight but “undertall”, it is true that Garfield wouldn’t be Garfield without all that extra padding. 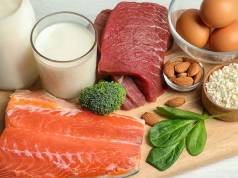 Reasons Why You Need All Natural Meat Snacks 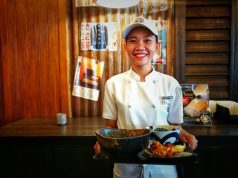 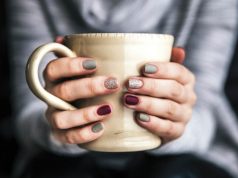 Reasons Why You Need All Natural Meat Snacks

Time Traveling in Negros: The Charms of Silay City